The January Mass and Brunch

In January each year, the Society gathers to celebrate a Mass followed by a Brunch. The Mass traditionally falls on either the Solemnity of the Epiphany or the Feast of the Baptism of the Lord.


The Solemnity of the Epiphany commemorates the visit of the three wise men to the Infant Jesus. It recognizes the revelation of God in his Son as human in Jesus Christ. It is said that this feast of Christ's divinity completes the feast of His humanity.


The Baptism of the Lord Mass is celebrated to commemorate the baptism of Jesus in the River Jordan by John the Baptist, an example of the continued manifestation of the Lord, as Jesus descended into the River to sanctify its waters and to give them the power to bring forth children of God. The feast of the Baptism of the Lord allows us to again encounter the truth of the Lord’s incarnation, as it offers to us the institution of the sacrament of baptism. Liturgically, it brings to a conclusion the season of Christmas.

St. Patrick Church, where the annual Baptism of the Lord Mass or Epiphany Mass is traditionally celebrated. 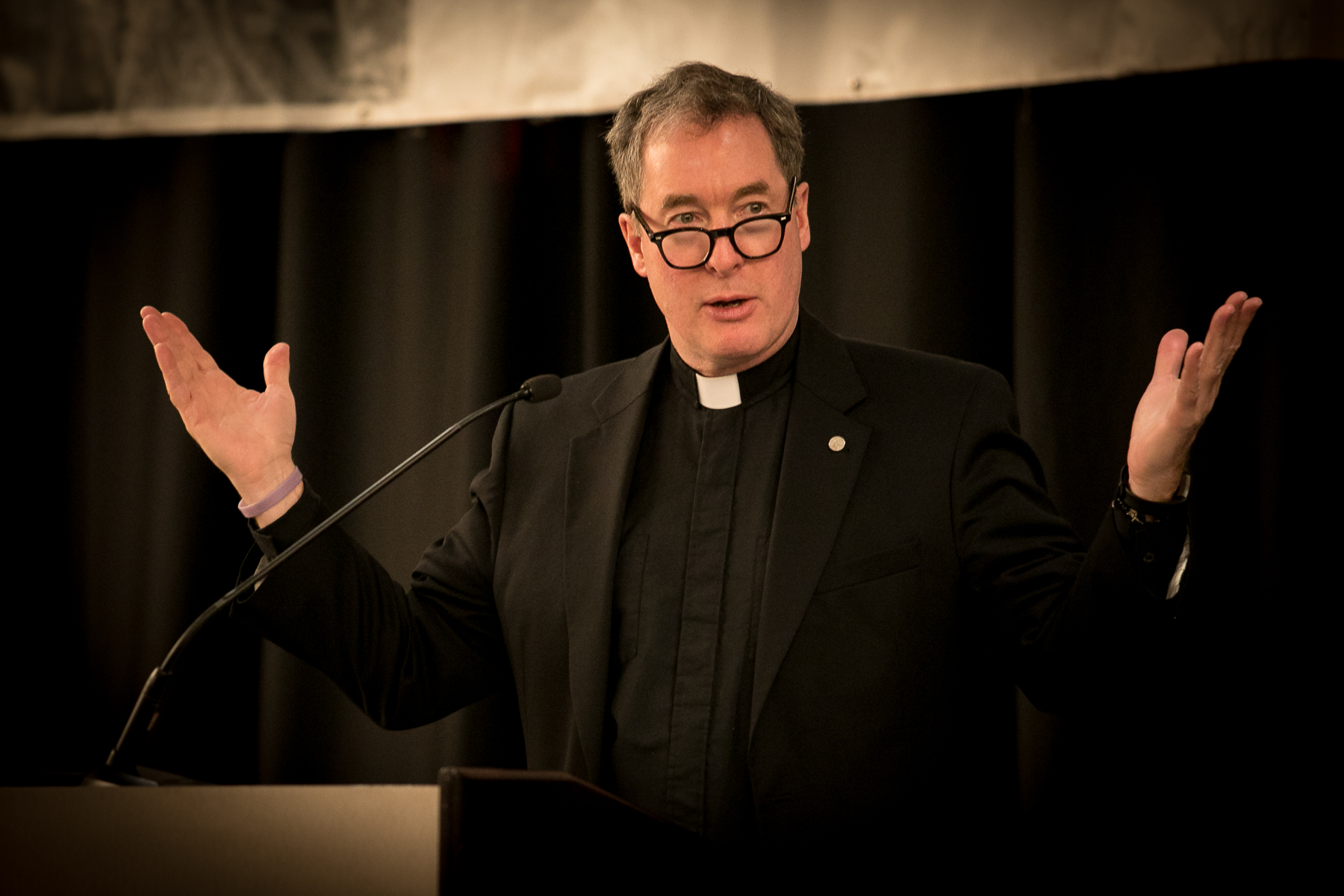 Fr. James R. Van Dyke, SJ (President of Georgetown Preparatory School ) addresses attendees at the Brunch following the Baptism of the Lord Mass with his talk, "The Crying Need for Catholic Imagination." 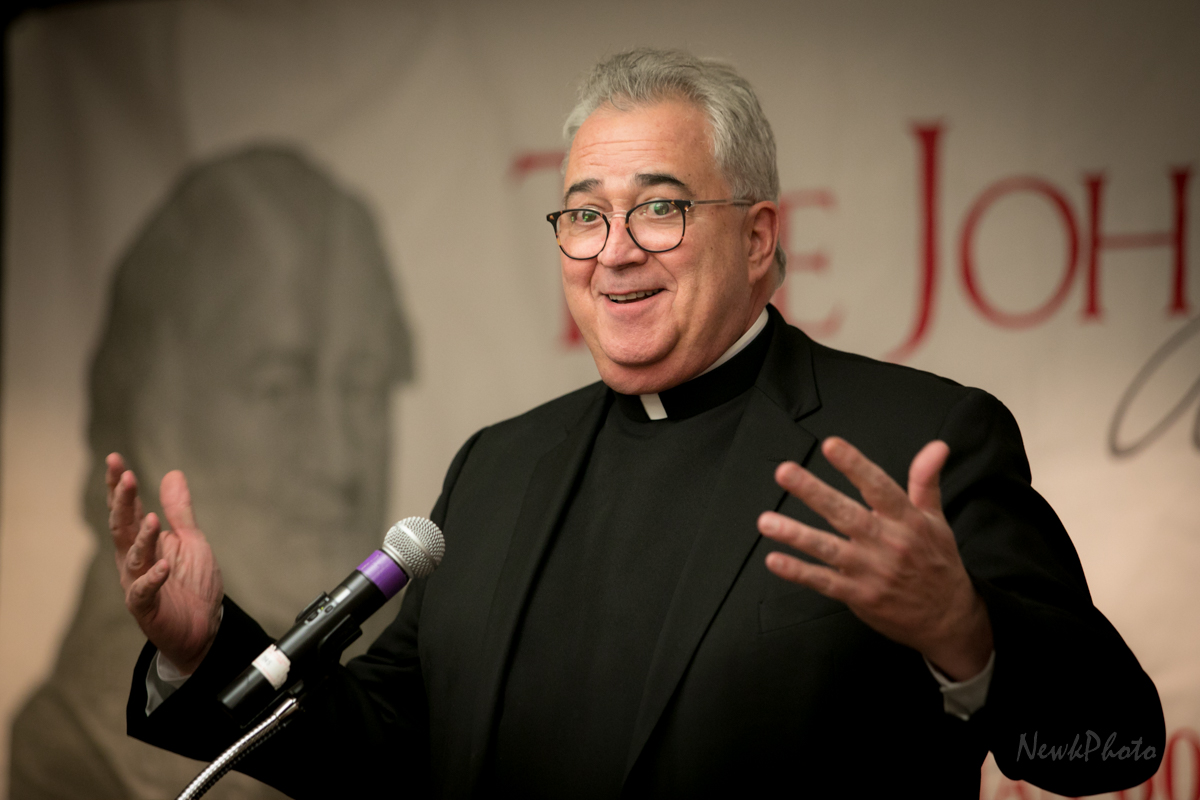 JCS President Carol Bates and JCS Chaplain Msgr. Peter Vaghi gather with some of the newest members of the Society at the brunch following the 2018 Epiphany Mass. 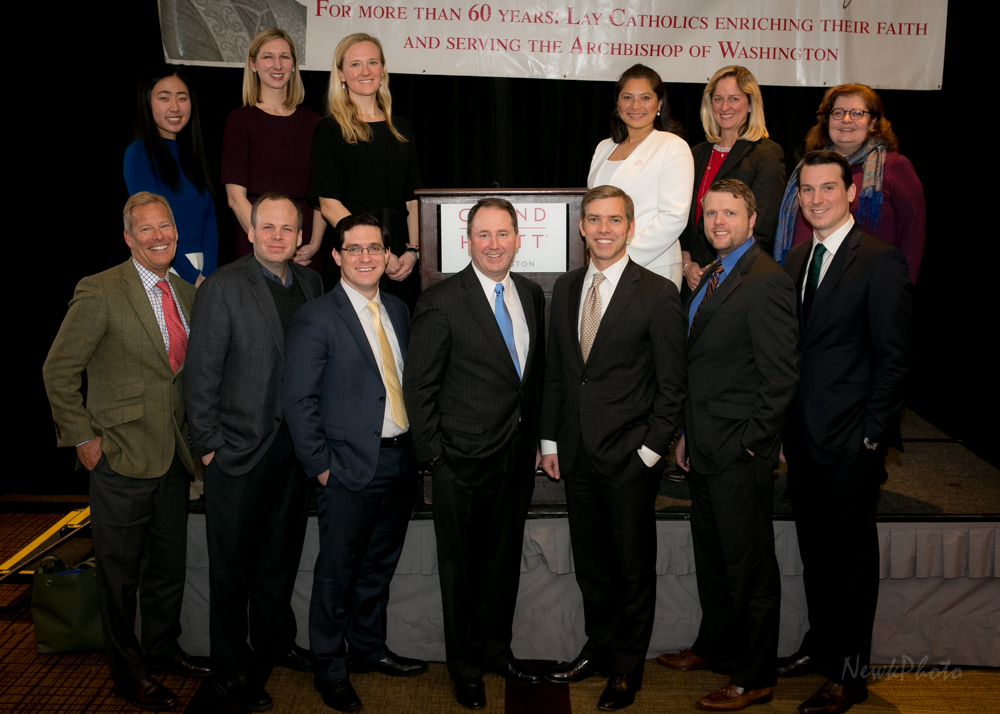 JCS President Thomas Loughney and JCS Membership Chair Daniel Hardwick welcome some of the newest members to the Society at the brunch following the 2017 Epiphany Mass. 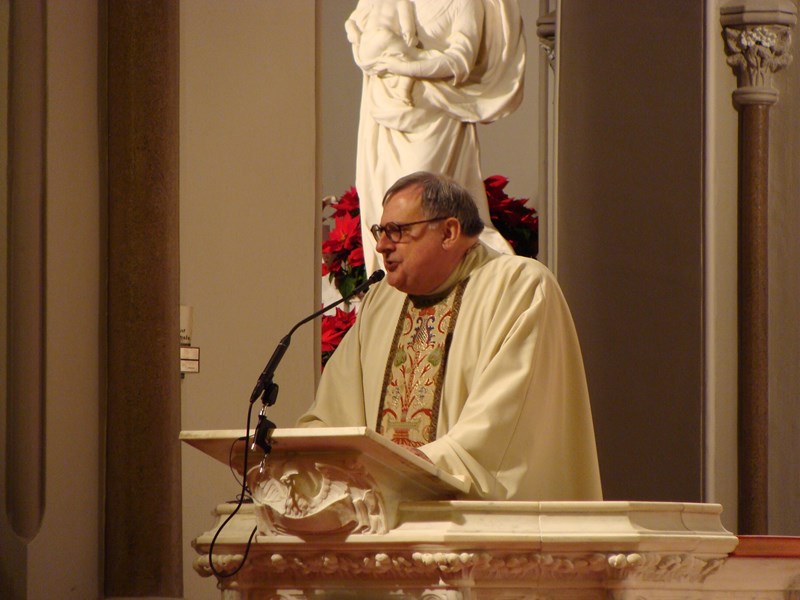 Msgr. Peter J. Vaghi, JCS Chaplain,
delivers his homily at the Baptism of the Lord Mass.